Greater Harrisburg’s Community Magazine
Harrisburg Passes 2023 Budget
Harrisburg has approved a spending plan for the new year that includes increased investments in public safety and infrastructure.
City Council voted last month in favor of a $74.9 million general fund budget for 2023 that includes no property tax increase. The budget passed 6-1, with council member Shamaine Daniels voting against it.
Harrisburg introduced the budget to council in late November. Before voting to adopt the spending plan, council made small amendments to a few salaries, among other items.
In total, the budget equals $110.4 million, including the general fund budget, the $20 million neighborhood services fund budget and several other separately budgeted areas.
Public safety is an area of focus in this year’s budget, as salaries for city police officers are set to increase by 3.5% and 16 new positions in the bureau will be funded.
Infrastructure improvements are another focus of the budget, including street lighting upgrades and ADA accessibility improvements within the State Street construction project. There are also funds designated for renovations to the MLK City Government Center and the Public Safety building.

Ribbon Cut on Federal Courthouse
After decades of planning and years of construction, local, state and federal officials last month cut the ribbon to officially open the new federal courthouse.
Mayor Wanda Williams, Gov. Tom Wolf and retired Judge Sylvia H. Rambo, for whom the building is named, were all on hand for the debut of the expansive, 243,000-square-foot, $200 million building at Reily and N. 6th streets.
The journey to find a new location for the U.S. District Court for the Middle District of Pennsylvania began in the 1990s. The current federal courthouse, located in downtown Harrisburg, was deemed too small and not secure enough, unable to meet federal requirements.
Lengthy site selection and funding processes ensued, and the location was chosen in 2010. The first funds for the project came in 2004, with the remainder flooding in around 2018. The project ceremonially broke ground in June 2018.
“The new courthouse aims to build upon Midtown Harrisburg’s history and sense of community,” Rambo said during the ribbon cutting. “The building and its surrounding landscape will be a civic icon. The courthouse is a powerful symbol of justice and equality.”
Much of the courthouse construction is finished, though officials expect substantial completion this winter. Court personnel are expected to move into the building in the spring.
With its location in Harrisburg, officials stressed the potential impact that the new courthouse will likely have on the city.
“This space was an eyesore, a vacant parking lot, now transformation and redevelopment of this area is underway,” Williams said. “The possibilities are endless, and it starts here today.”

Milestone Reached for MulDer Square
A project to make a Harrisburg neighborhood safer and greener is nearing completion.
Last month, the city announced that road construction in MulDer Square, the area where Mulberry and Derry streets meet, was largely finished.
The project began in July, closing off Mulberry Street, from the Mulberry Street Bridge to Derry Street.
“This is one of the areas that had high fatalities due to accidents, so the point is to slow down any type of negative congestion in the area,” the city’s project manager Percy Bullock said.
According to Bullock, the construction included installing a roundabout at the intersection of Mulberry and Derry streets, making sidewalks ADA-accessible and updating street lighting. Side streets Nectarine and Evergreen were also paved, and Nectarine Street was transformed into a pedestrian-focused green walkway.
Additionally, the city is working on a project to transform the Derry Street cul-de-sac, which was previously a vacant, blighted area, into a linear park and pathway. The park will stretch from Sylvan Terrace to S. Cameron Street and include benches, ADA-accessible features, new trees and landscaping.
The park project will likely reach completion in April or May, according to Bullock.
The MulDer Square Redevelopment Project is part of the city’s Vision Zero initiative to reduce pedestrian fatalities.

Wastewater Rates Rise
Harrisburg utility customers will see their wastewater rates rise in 2023, though drinking water and stormwater rates will be unchanged.
In late November, Capital Region Water (CRW) passed its 2023 budget with new rates for the year.
Under the new rate structure, drinking water rates will be unchanged at $10.34 per 1,000 gallons consumed. Likewise, the stormwater fee will remain the same at $6.15 per month for most residential customers.
The wastewater rate represents the sole increase for next year. For Harrisburg residents, it will rise by 68 cents per 1,000 gallons consumed, from $8.56 to $9.24. That represents an increase of about $2.55 per month for the average residential customer who uses 45,000 gallons annually, according to CRW.
The overall increase for a Harrisburg residential customer is roughly the same as for 2022, when average rates rose by about $2.60 a month.
“It’s a testament to our leadership that we’ve been able to keep rates predictable this year,” said Capital Region Water CEO Charlotte Katzenmoyer. “Even through inflation and supply chain issues, we are focused on finding equitable and responsible ways to repair the aging infrastructure, both seen and unseen.”
Katzenmoyer added that the spending plan commits $58 million to capital projects aimed at reducing combined sewer overflows, addressing localized flooding and runoff, and meeting state and federal clean water requirements.
“This also comes at a time in which we have doubled the investment in our Customer Assistance Program,” she said.

Debt Payment Made
Harrisburg has made a major bond payment, as it eats away at the remainder of its once-mammoth debt load.
In late November, City Council passed a resolution to pay off $12 million of the city’s remaining $20 million in general obligation bond debt. This debt is money that the city owes after defaulting on loans during its financial crisis a decade ago.
“The city and members of this body and everyone involved wants to get the city out from under this debt that we got into,” said council member Westburn Majors. “We really see the light at the end of the tunnel. This agreement […] is a really good step in the right direction.”
While the administration had proposed paying off the remaining debt all at once, council had concerns about spending down such a large amount of Harrisburg’s fund balance.
While Harrisburg will still need to decide when and how to pay off the remaining $8 million of debt, Majors explained that the decision to pay off the $12 million early will save the city millions of dollars that would’ve accrued in interest had it continued with its regular payment schedule.
“We are very happy,” city Business Administrator Dan Hartman said, of the payment. “It’s a step in the right direction.”

Capital Region Water has two new board members: attorney Karen Balaban and state House employee Nathan Davidson. City Council voted down two other proposed appointees, meaning that long-time members Marc Kurowski and Andrew Enders will continue to serve on the five-member board until reappointed or replaced, even though their terms have expired.
Dauphin County will hold its property tax rate steady for an 18th consecutive year. The county commissioners last month passed a $218.8 million general fund budget that maintains the county portion of the property tax at 6.88 mills.
David West last month was confirmed by City Council as the director of Harrisburg’s Public Works Department. West, who previously served in the post, was rehired out of retirement in July.
Fresca Burger & Chicken Shack is slated to open early in 2023 in the Strawberry Square food court. Owner Mina Gabriel plans to offer made-to-order burgers, chicken sandwiches, gyros and falafel wraps, plus a variety of side dishes, including loaded fries and onion rings, as well as all-day breakfast.
Harrisburg City Council this month will begin accepting applications for an open council seat. The application period opens on Jan. 3 and closes on Jan. 13. Applications are available on the city’s website and at city hall. The seat is open as former member Dave Madsen resigned last month after being elected to the state House of Representatives.
Harrisburg School Board last month reappointed Brian Carter as its board president for 2023, while naming Roslyn Copeland as vice president. The board currently lacks the ability to vote on most agenda items, however, as that power remains in the hands of the district’s state-appointed receiver.
Olivia Edwards Rindfuss has been named president of Harrisburg Young Professionals for 2023, replacing 2022 President Jade Honey. The executive board also will include vice presidents Iqbal Singh and Lauren Maurer, Treasurer Peter Megoulas and Secretary Ali McFadden.
PA Dairymen’s Association last month announced a special flavor to celebrate 70 years of Farm Show milkshakes: orange cream. You can grab one at the 2023 PA Farm Show, which runs Jan. 7 to Jan. 14.
SkarlatosZonarich last month announced the addition of Harvey Abramson, Esq., as Of Counsel, bringing 40 years of legal experience to the Harrisburg firm. Harvey will join the firm’s Elder Law, Estate Administration and Estate Planning Department. 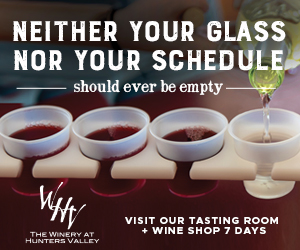 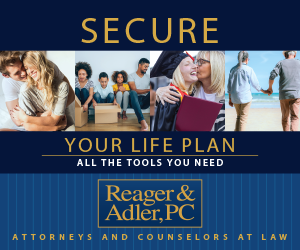 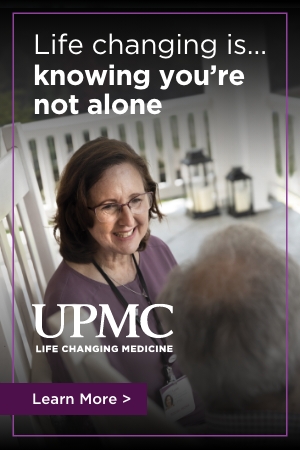 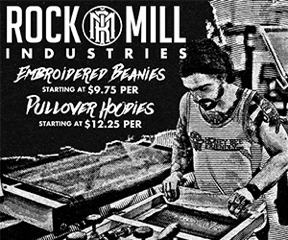 Sign up for notifications of the monthly release, breaking news and exclusive Harrisburg offers 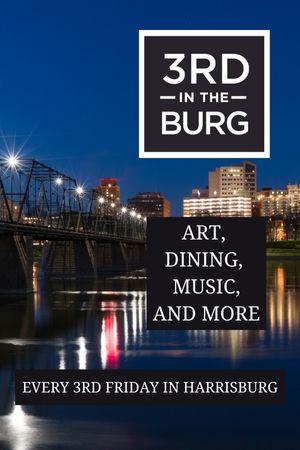